Share a memory
Obituary & Services
Tribute Wall
Read more about the life story of Alan "Al" and share your memory.

Despite the pain, Al came out a hero and stayed strong until the end.

Alan was born October 26, 1946, in Reno, NV to Ann and Hugh Patton. He graduated from Elko High School with the class of 1964. He then enlisted in the US Army where he served our country during the Vietnam War as an artillery gunner. Upon returning from the war in 1967, Alan began his career in the food business at the original Albertson's in Elko, NV. He remained in the food business until he retired from Deans Foods of Southern California.

In 1969 Alan married Susan Chapin. They had two daughters, Angela and D'Aun. Alan and Susan divorced in 1974. Alan then married Karen in 1975. They also had two children, Kristy and Gregory.

Alan was always the life of the party and lived his life to the fullest. He would do anything for anybody and was one you could always count on.

Alan was proceeded in death by his parents, Ann and Hugh Patton of Jarbidge, NV.

Dad, you are the courage, wisdom and dedication of a fathers love that will never be forgotten. Sadly, missed along life's way, quietly remembered every day.....no longer in our life to share, but in our hearts, you're always there.

A celebration of life will be held at a later date.

To send flowers to the family or plant a tree in memory of Alan "Al" Patton, please visit our floral store. 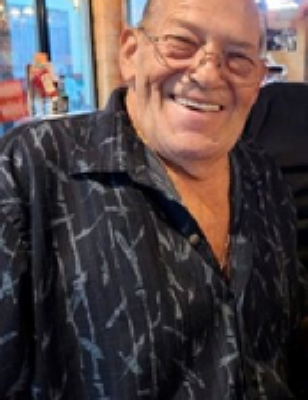 You can still show your support by sending flowers directly to the family, or by planting a memorial tree in the memory of Alan "Al" Patton
SHARE OBITUARY
© 2023 Burns Funeral Home. All Rights Reserved. Funeral Home website by CFS & TA | Terms of Use | Privacy Policy | Accessibility