Share a memory
Obituary & Services
Tribute Wall
Read more about the life story of Kathleen and share your memory.

On Thursday December 22, 2022, Kathleen Ann McMullin Lewy, loving wife, and mother of two children, passed away at the age of 72.

Kathey was born on July 27, 1950, in Oakland, California to Eugene and Mary McMullin. On August 31, 1968, she married John L. Lewy and traveled with him to many stations of duty with the U.S. Air Force, including England and Germany. She and John were married 54 years. They raised two children, John Anthony and Johnna Kathleen. In the most recent years, they made their home in Fallon, Nevada and Wildhorse, Nevada.

Kathey loved living in Wildhorse where she and John spent time fishing and hunting, and she enjoyed the small community there where she made lifelong friends. She also loved music and enjoyed performing with the Sweet Adelines while in Colorado Springs. An alumni of UNR, she graduated with a Bachelor in General Studies in 1999. She reveled in her grandchildren, enjoying each one in their own special ways.

She was preceded in death by her mother, Mary, and father, Eugene, and brother Michael.

To send flowers to the family or plant a tree in memory of Kathleen Ann (McMullin) Lewy, please visit our floral store. 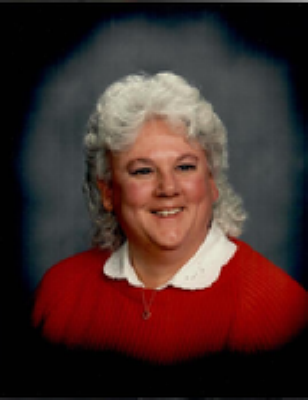 You can still show your support by sending flowers directly to the family, or by planting a memorial tree in the memory of Kathleen Ann (McMullin) Lewy
SHARE OBITUARY
© 2023 Burns Funeral Home. All Rights Reserved. Funeral Home website by CFS & TA | Terms of Use | Privacy Policy | Accessibility