Share a memory
Obituary & Services
Tribute Wall
Read more about the life story of Lois and share your memory.

Lois Laneve Windous, 80 years old of Wild Horse Nevada, returned to her heavenly home on January 4, 2023, after a sudden and unexpected illness.

Lois was born in Price, Utah on August 17, 1942, to Verald Leroy and Margaret Elizabeth Hunt. When she was only three years old her father was killed in a tragic railroad accident leaving Lois’s mother a widow and Lois and her brother Leroy fatherless. Two years later, Margaret married Robert Lee Hoggatt, a widower with six children of his own. In the following years they had three more daughters together creating a “yours, mine, and ours” family of 11 children.

When Lois was a Junior in high school her family moved to Ely, NV where she met and later married the love of her life, Jerry Franklin Windous on December 21, 1960. They remained in Ely for several years where they grew from a family of two to a family of six.

In 1979 Lois and Jerry moved their family to Wildhorse, Nevada where Lois became the weather observer for the area and called in weather to the Elko service for 35 years. She also drove school bus for Elko County School district and delivered the North Fork youngsters to school and then safely home again for 32 years. Because of her strong work ethic and desire to be busy Lois also owned and ran New Image salon in Elko.

Family was everything to Lois and she loved them all fiercely despite their occasional quirks and dysfunction. She worried about them, rooted for them, protected them, and always kept on loving them.

Lois was no stranger to grief during her life and was preceded in death by three precious children: Thomas Bryce Windous, Jerry Bart Windous, and Carrie Dawn Winkelkotter. Also preceding her in death were her parents and stepfather, her brother Leroy Verald Hunt, stepbrother James Hoggatt, and stepsister Malinda Hunt.

Cremation was provided by Burns Funeral home in Elko, Nevada and funeral services will be held Friday, January 13, 2023, at 11:00 AM at the Latter-Day Saint church building 234 Boyd Kennedy Rd. Spring Creek, NV. Interment will be in Ely, NV later this year.

Lois lost two of her children to cancer therefore, in lieu of flowers, her family requests donations be made to the cancer fund or charity of the donator’s choice.

To send flowers to the family or plant a tree in memory of Lois Laneve (Hunt) Windous, please visit our floral store. 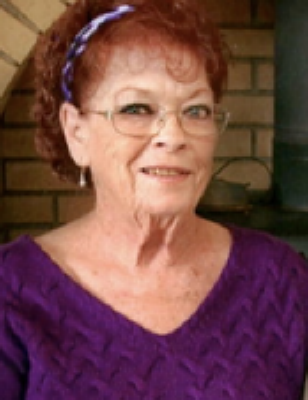