Share a memory
Obituary & Services
Tribute Wall
Read more about the life story of William "Will" and share your memory.

Leave the world a better place than you found it. This may sound cliché, but Will was a man who embodied this principle. There wasn’t a person he met that was not touched by him nor would ever forget him. Will was larger than life in many ways.

Will was born and spent his life in Carlin and Jarbidge. He dedicated more than 54 years to his communities serving as Fire Chief in Carlin and Jarbidge. He began his firefighting career at 17 years old and became Chief at the age of 21. At that time, he was the youngest fire chief ever in the State of Nevada. In his years of service, he was instrumental in leading the Carlin Volunteer Fire and Ambulance Department, turning it into one of the best in the state with the help of the greatest volunteers, many whom he recruited.

As a young man, he went to Laramie, Wyoming, for mechanic school. When he finished, Uncle Jack got him on at Newmont as a mechanic. He later changed jobs to become a heavy equipment operator, then a driller. He could run anything with wheels or tracks on it. He worked for Newmont for 18 years. He then worked for the City of Carlin at the Public Works Department. He later went to work for Barrick Goldstrike as B Crew as a Safety Coordinator. Will was one of the people who saw the need for a Medical Clinic in Carlin. So, Will and the Fire Department made it happen.

Will led the charge for the establishment and implementation of the University of Nevada’s Fire Science Academy located at Carlin. Will was a true trailblazer with a passion for the fire service and for his community which lasted his entire life. He mentored, trained, and supported so many people throughout the years and was a true inspiration to all he met. He found the good in people and encouraged it to grow. His service continued not only within our area but throughout the state. He served on the Fire Services Standards and Training Board for the State of Nevada, he is a past president of Nevada State Firefighters Association, he served on numerous fire committees and was well known as a subject matter expert and wildland fire authority throughout the state.

Will was the first born in his family and he took that role very seriously. His dedication and passion for his family was tremendous. He was a beloved son, brother, father, uncle, poppy, cousin, and true friend. When Will loved you, you felt it to your bones. His bear hugs, his chuckles, and everything about his huge personality will be sorely missed, even his cheek pinches. Will is survived by his daughter Maggie Skinner and son-in-law Sterling; grandson Seir Johnston Skinner (Myriah) and great-granddaughter Remington; granddaughters Madison and Sahara Skinner; niece Karen Hernandez (Carlos), great nieces Lily, Iris and Holly Hernandez, great nephew Charles Johnston Hernandez; sister Margaret Johnston (Jan Brizee Johnston), nieces Sarah Brizee Niedle (Jacob) and Kelly Brizee; cousins Holly Paterson (Scott), Scotti Cabeceiras (Brian) and Nikki Chambers. Will was preceded in death by his mother Jeraldine Chambers Johnston, father William A. Johnston, brother Lew Johnston and Uncle Jack Chambers.

There will be a celebration of life for Will at the Elko Convention Center’s Conference Center Located at 724 Moren Way, on Saturday, January 28, 2023, at 11:00 A.M.

In lieu of flowers, donations can be made to either of the following:

To send flowers to the family or plant a tree in memory of William "Will" Howard Johnston, please visit our floral store. 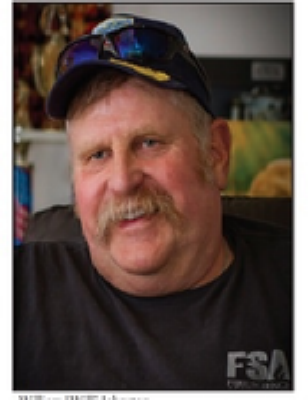